Brazil ranks in the lower tier of countries in the Index, placing 21st overall. It performs in the middle tiers for ICT and economic opportunity. Brazil outranks most of its BRICS peers, except for China.

One achievement to highlight is Brazil’s success in developing ICT infrastructure and bringing internet access to its young people. Among the BRICS economies, for example, Brazil ranks higher than China, India, and South Africa in ICT. Fifty-four percent of youth have home internet access, and 59 percent of all Brazilians say they go online.

Brazil performs well in the economic opportunity domain. Although the country’s economy has decelerated since 2010, GDP per capita has risen consistently from US$3,402 in 1960 to $11,159 in 2015. The current youth unemployment rate of 15 percent is slightly lower than the Index average of 17 percent, and the percentage of early-stage entrepreneurial activity among youth (20 percent) is significantly higher than the Index average of 12 percent. 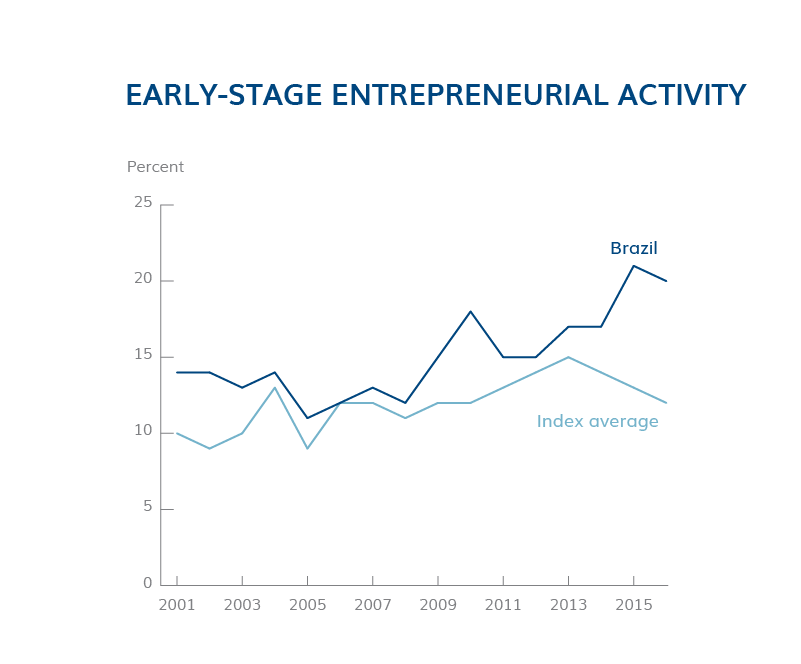 More than 70 percent of women fear walking along at night in Brazil. The country ranks last on this indicator, which impacts its low score in gender equality and also reflects the country’s precarious safety and security situation.

Youth perceptions in Brazil are mixed. Seventy-two percent of Brazilian youth surveyed by IYF think their standard of living will be better than that of their parents. This economic optimism is shared across developing economies where steady economic growth may fuel positive perceptions about future possibilities.

Youth are skeptical that their government cares about them. Ninety-three percent of those surveyed believe that the government does not care about their wants and needs. Youth skepticism toward the government also exists among Brazil’s regional peers, Mexico and Colombia (both 91 percent).

Youth perceptions of safety and security reflect Brazil’s real challenges in this domain. Thirty percent of youth indicate that violence, abuse, bullying, or harassment is among their top safety concerns. 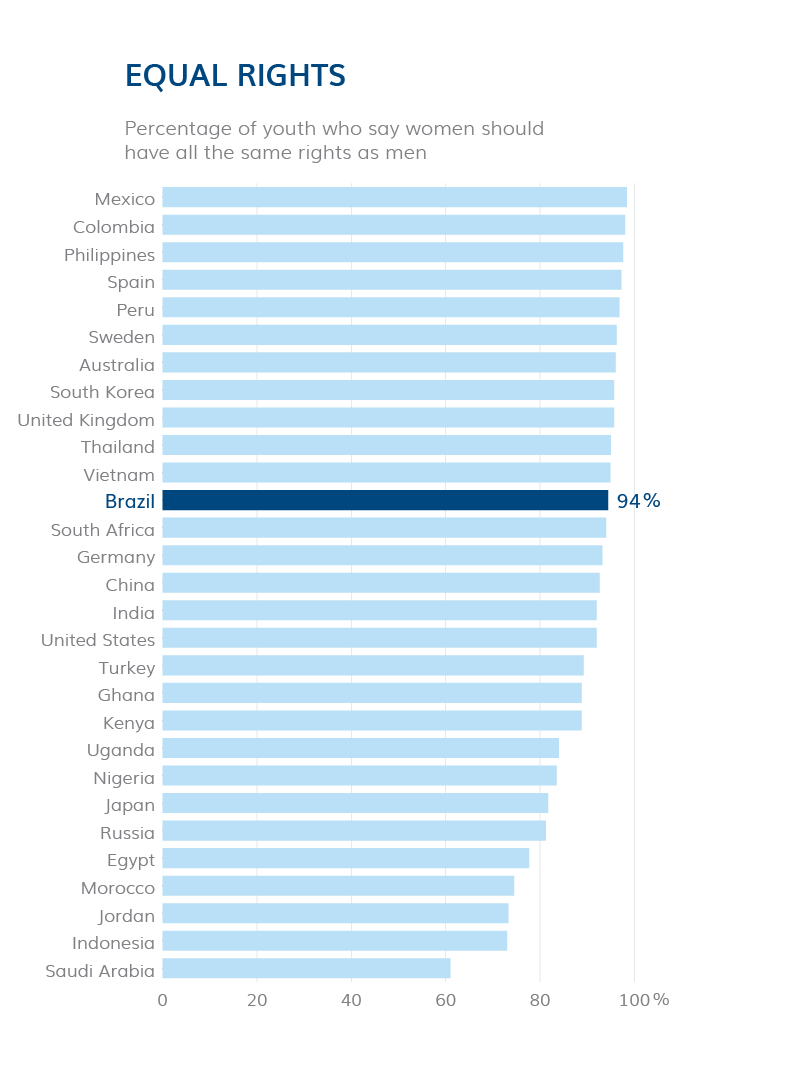 Youth perspectives of gender equality are positive. Ninety-four percent of Brazilian youth polled believe that women should have the same rights as men.