Chinese youth are taking advantage of greater economic opportunities, but they are not safe enough on the roads.

China has mixed scores across domains, placing it 9th overall and in the top tier of countries in the Index. It ranks 4th in health, but has lower ranks in the citizen participation, education, and safety and security domains. Overall, China ranks above its BRICS peers (Brazil, Russia, India, China, and South Africa). 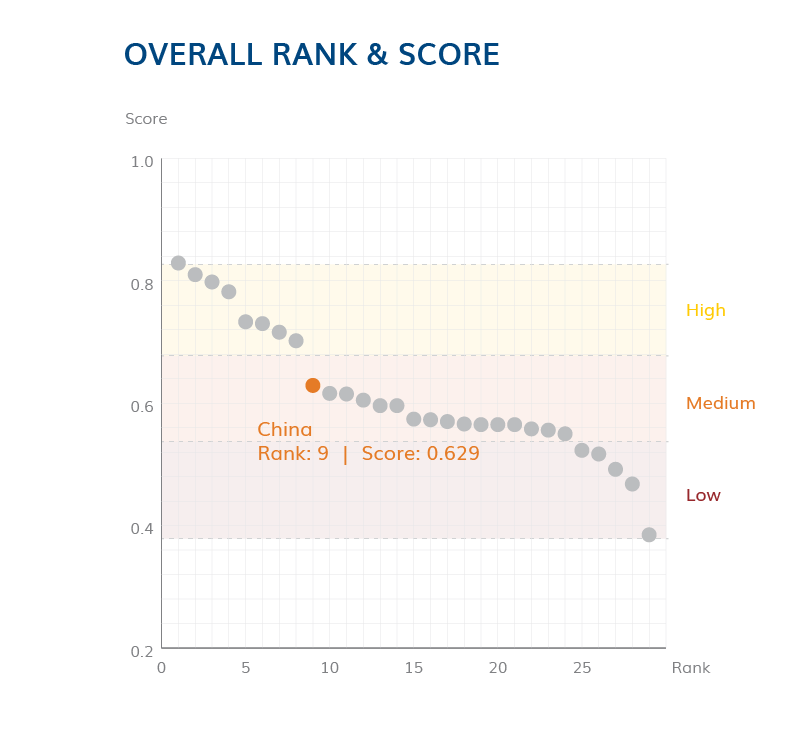 China performs in the upper third of Index countries in health and gender equality, ranking well above other BRICS countries. The health and gender scores are largely attributed to low adolescent fertility (7 per 1,000 girls 15-19 years) and female youth marriage rates (2 percent). Strong perceptions of good health (87 percent of youth surveyed feel they are in near-perfect health) and support for gender equality (93 percent polled feel women should have all the same rights as men) contribute to China’s solid performance in these domains. 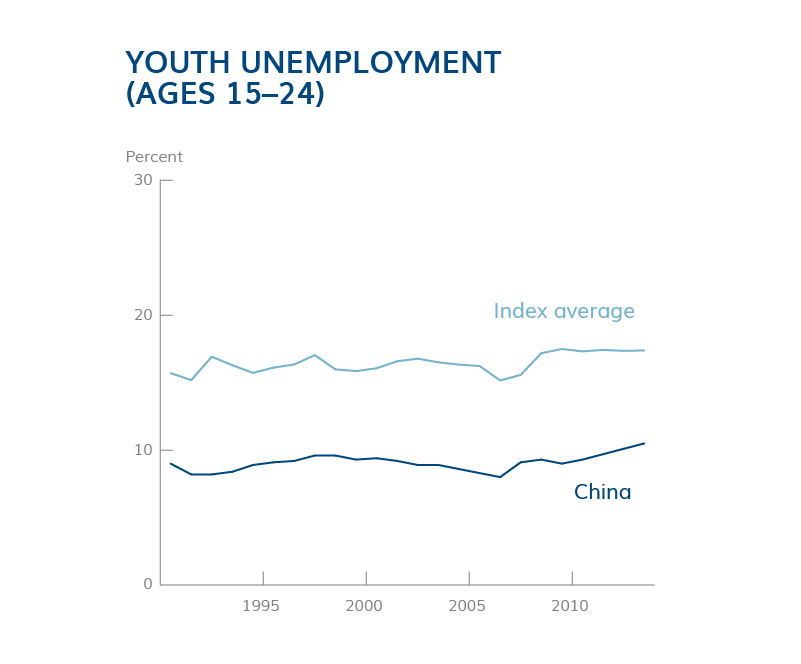 Increasing global competitiveness, coupled with lower youth unemployment (11 percent) and NEET rates (12 percent of youth are neither employed nor enrolled in education nor training), influence China’s relatively high economic opportunity rank of 9th. Youth unemployment and NEET rates in the country trend consistently lower than the Index average, despite a steady rise since the global recession of 2009 in both China and globally.

In the safety and security domain, a high number of youth road fatalities (45 per 100,000 youth), and a mid-range score in internal peace (2.5 out of 5) influence China’s rank of 21st in this domain.

Chinese youth who were surveyed by IYF perceive their overall wellbeing somewhat differently than the quantitative data suggest. In health, China ranks 4th, but 62 percent of youth surveyed feel that their lives are too stressful. Among the BRICS countries, China’s youth surveyed feel the greatest levels of stress. 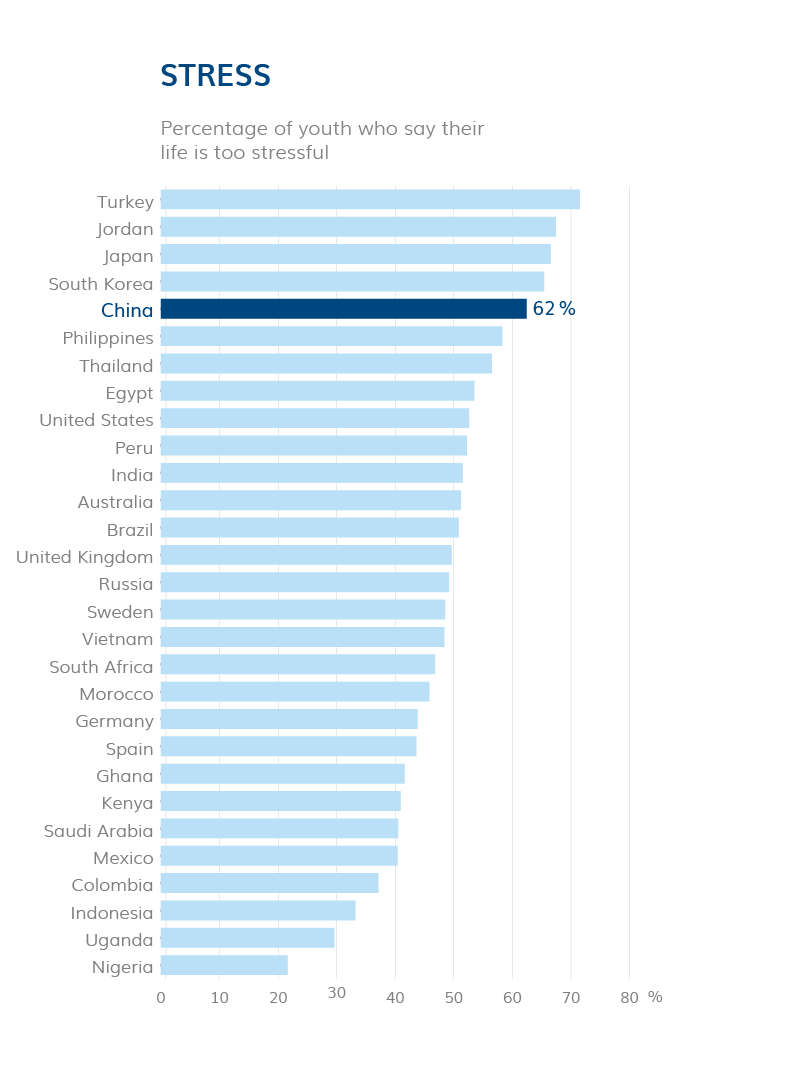 About one half of China’s youth surveyed feel optimistically about their economic future. When asked how their standard of living will compare to that of their parents, 53 percent say they will be better off. The Index average is 59 percent, and upwards of 75 percent in other countries within Rising Income Asia & Oceania.

Thirty-six percent of Chinese youth surveyed said that violence, abuse, bullying, or harassment at school or work is one of their top three safety concerns. This diverges from the low level of youth interpersonal violence (4 per 100,000), where China ranks 11th.