Germany performs 4th overall in the top tier of the Index with other high income countries. In the education domain, however, the country performs in the bottom third of Index countries. Germany is 3rd in the European region, behind Sweden and the United Kingdom.

Several factors explain Germany’s low rank in the education domain (23rd). Germany is doing well in secondary enrollment, where it is 6th, with 100 percent enrollment. The country's rate of students completing their lower secondary education is low—56 percent—due to its dual track approach in which one in two secondary students enrolls in pre-vocational and vocational programs. Still, Germany ranks 22nd in education spending, which puts it significantly behind its European neighbors. While 69 percent of German youth surveyed are satisfied with their education, this response is lower than that of many Index countries. 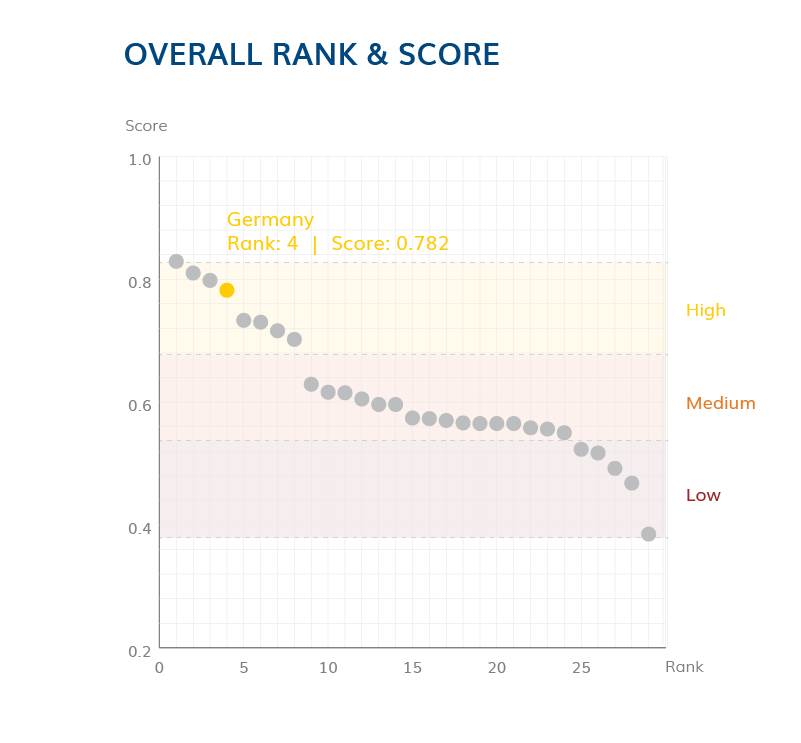 Germany is 3rd in economic opportunity, ICT, and safety and security, performing well on most indicators in each domain. Germany’s GDP growth has been steady, and the country has a youth unemployment rate of only 8 percent, which falls well below the Index average of 17 percent. The heavy focus on practical training in Germany’s upper secondary education system has been credited for the country’s low youth unemployment rate. Despite strong performance across the economic opportunity indicators, early stage entrepreneurial activity (5 percent) is well below the Index average (15 percent) and continues trending downward. The country is 28th on this indicator.

Germany ranks 6th in health overall, but the country’s young people use tobacco at above average rates (31 percent), and youth self-harm fatalities are high (15 deaths per 100,000 youth). These figures put Germany above the average for its European peers (19 percent for tobacco use and 14 deaths per 100,000 for self-harm) and place Germany at 26th and 18th for these indicators, respectively. 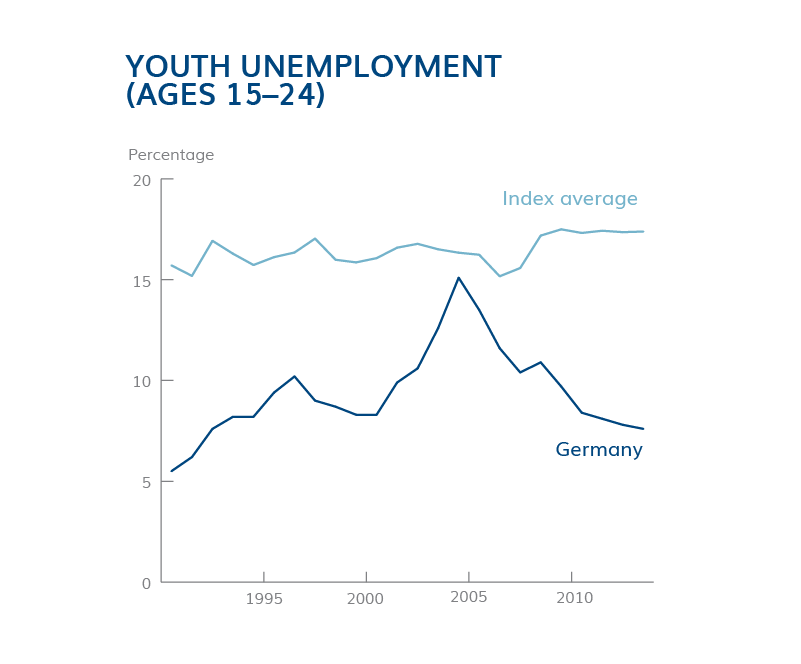 Youth perceptions in Germany are somewhat misaligned with the country’s performance on quantitative indicators. Despite strong scores across most domains, youth surveyed have negative perceptions of their overall wellbeing. 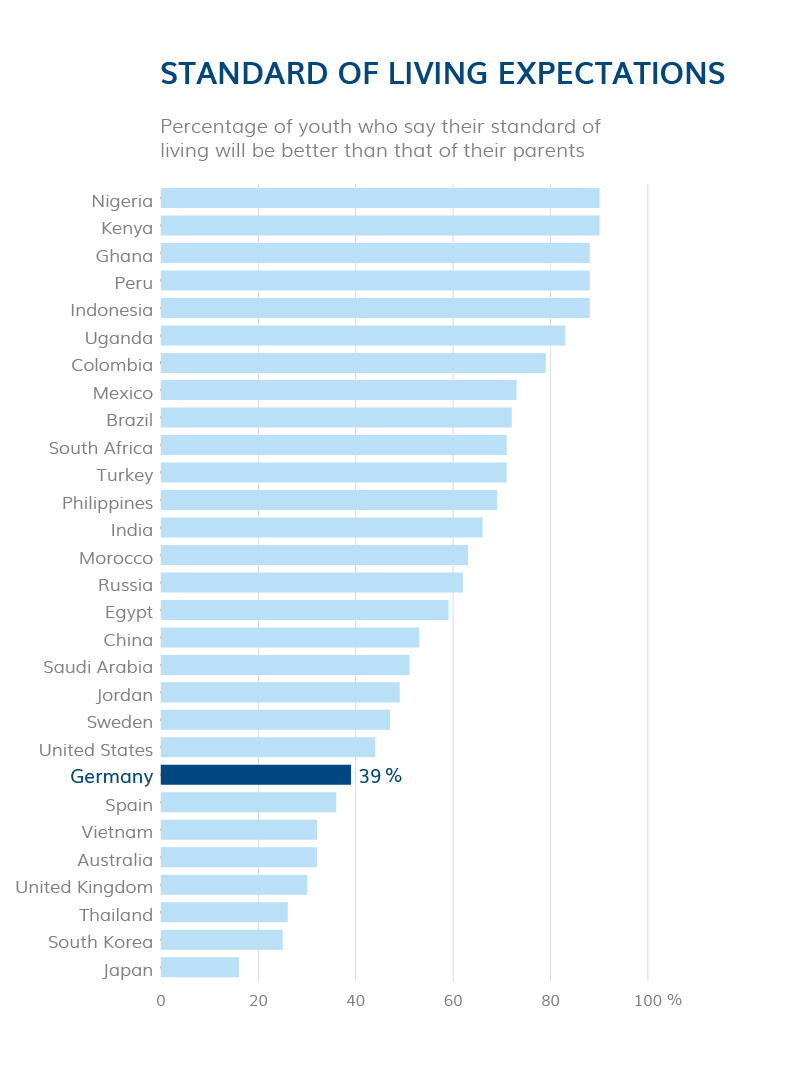 Germany ranks 3rd for youth economic opportunity; however, only 39 percent of German youth surveyed felt their standard of living will be better than that of their parents. As is the case in other industrialized nations, Germany’s standard of living is relatively high. This may reduce youth optimism that the future will offer further improvements.

While Germany ranks 3rd for safety and security, 30 percent of young Germans surveyed are concerned about violence, abuse, bullying, or harassment at school or work.