Indonesian youth are civically engaged, but they need more access to technology and employment opportunities.

Indonesia ranks 10th overall in youth wellbeing, performing in the middle of its regional peers. Second in citizen participation, the country provides youth with opportunities for civic engagement. Indonesia appears in the bottom third of Index countries for economic opportunity, gender equality, and information and communication technology (ICT).

Situated in the middle tier of countries in the Index for education, Indonesia spends a comparatively high percentage of its budget on education (18 percent) and has an average rate of secondary enrollment (82 percent) and lower secondary completion (86 percent). 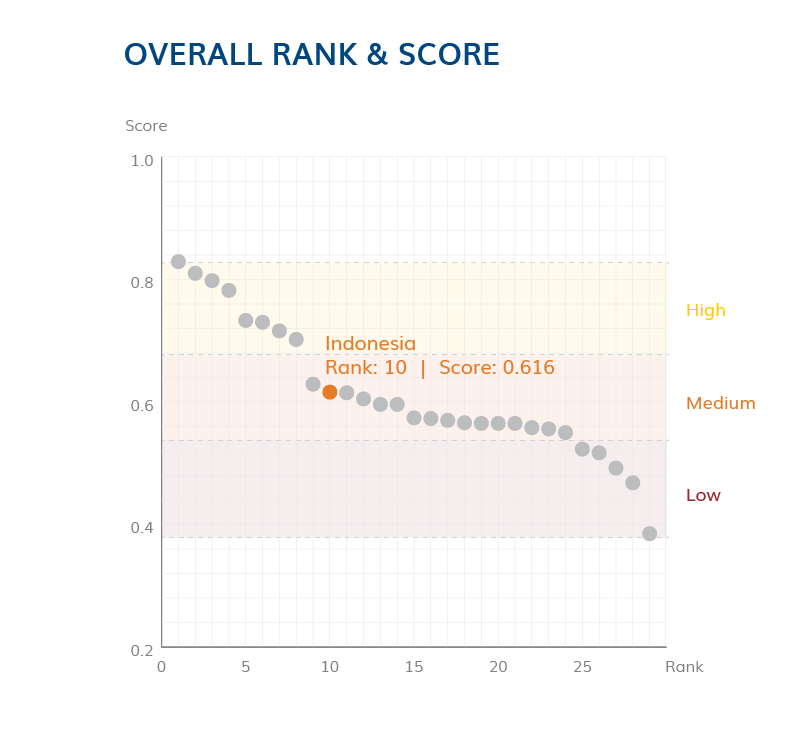 Economic opportunities for youth are more limited in Indonesia: at US$3,834, GDP per capita is lower than both the Index ($15,847) and Rising Income Asia & Oceania regional ($6,744) averages. High youth unemployment (22 percent) and NEET rates (24 percent of youth not in education, employment, or training), suggest limited job opportunities in the formal labor market and significant barriers to entering business. 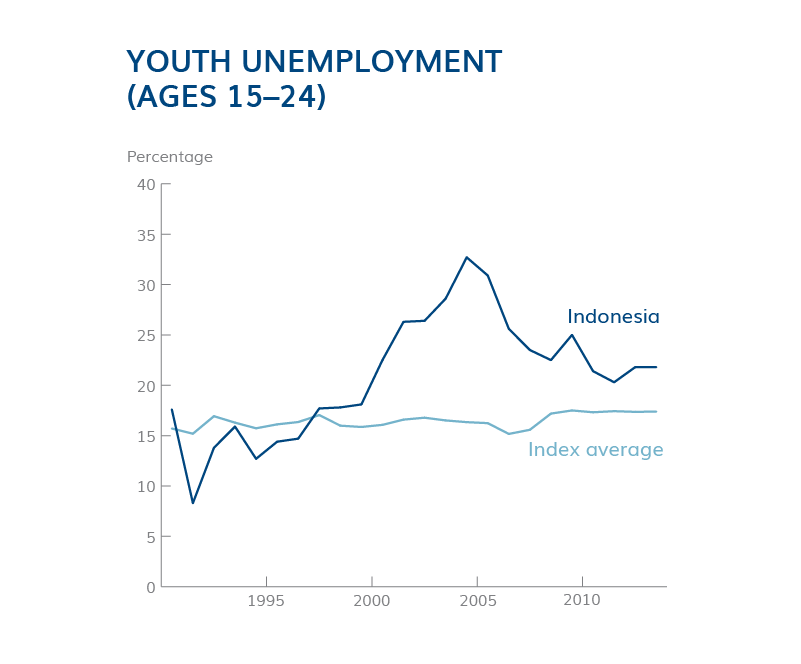 For Indonesian youth, access to ICT is limited. Only 19 percent of youth have internet access at home, and only 44 percent of Indonesians go online in general, compared to the Index average of 59 percent.

Indonesia’s gender equality ranking of 21st is driven by its low score in the restricted civil liberties indicator as measured by the OECD’s Social Institutions and Gender Index. In addition, only 73 percent of youth surveyed agreed that women should have all the same rights as men. While this is a majority, the percentage is lower than other Index countries. In contrast, only 27 percent of women fear walking alone at night, placing Indonesia 5th on this indicator.

The number of youth deaths due to interpersonal violence in Indonesia is lower than the Index average: Indonesia records 3 deaths per 100,000 youth, compared to the average of 19 per 100,000.

Indonesia has witnessed impressive economic growth since overcoming the Asian financial crisis in the late 1990s. Healthy growth rates may be influencing youth optimism toward their future quality of life. Eighty-eight percent of Indonesian youth surveyed for the Global Millennial Viewpoints Survey say that their future standard of living will be better than that of their parents. 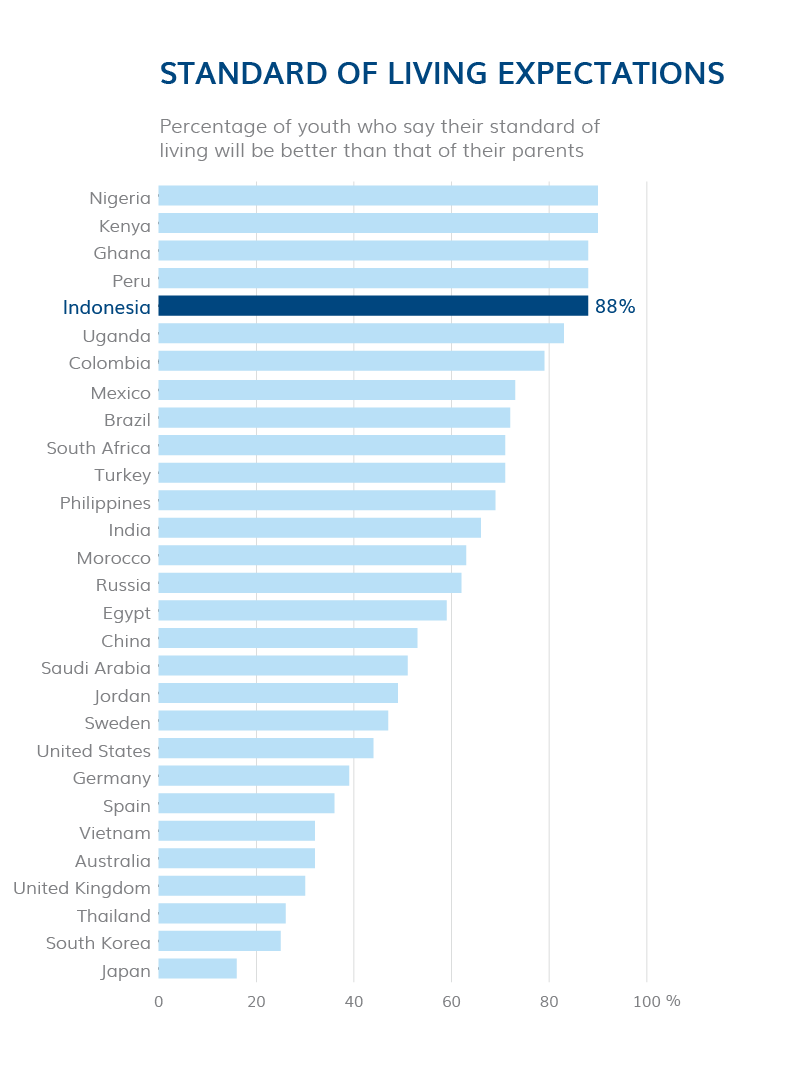 Thirty-eight percent of Indonesian youth polled believe that government cares about their wants and needs, a level on par with Vietnam (37 percent). Fifty-one percent of youth surveyed say they volunteered for an organization in the past month.

A relatively low percentage is experiencing undue levels of stress, with only 33 percent of youth surveyed agreeing with the statement "my life is too stressful.” This is the 3rd lowest rate observed in the Index. However, 36 percent are concerned with violence, abuse, bullying, or harassment at school or work, the 3rd highest level observed.