Mexican youth surveyed feel optimistically about their future, but they face safety and security challenges.

Mexico has mixed scores across domains, placing it 13th overall and in the middle tier of countries in the Index. It ranks 9th in gender equality but has lower ranks in the citizen participation, health, and safety and security domains. Mexico ranks in the middle of its Latin American peers. 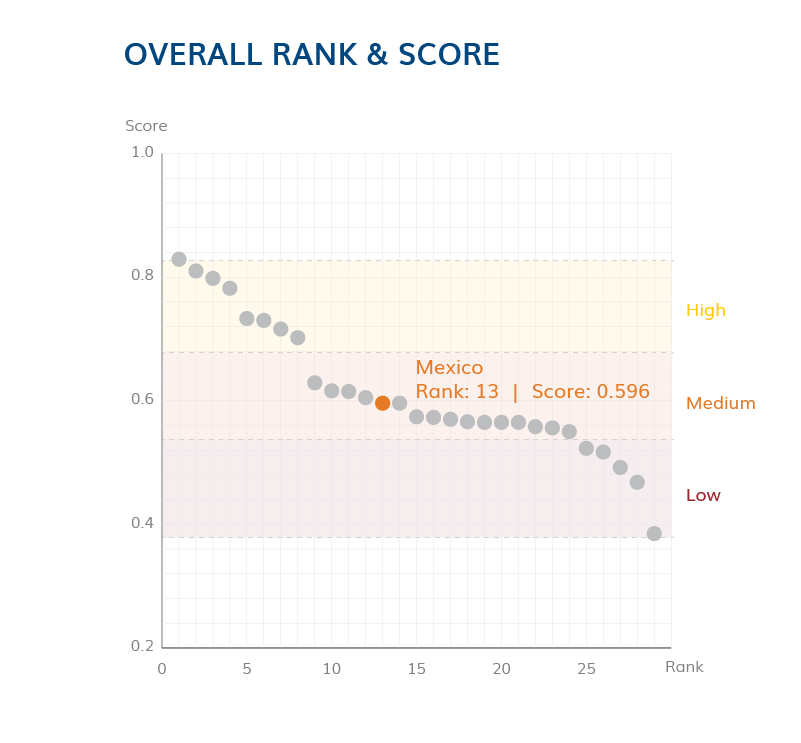 In the gender equality domain, Mexico scores well in measures of civil liberties for women. Ninety-eight percent of youth surveyed agree that women should have all the same rights as men. However, in contrast to these strong scores, 62 percent of women fear walking alone at night, placing Mexico at 26th for this indicator.

Mexico ranks in the top 10 for the education domain. The country has a relatively high percentage of government spending on education (19 percent), placing it 7th overall for this indicator. While Mexico has achieved 99 percent youth literacy, it struggles with lower secondary completion (81 percent), ranking 22nd among Index countries.

The country faces challenges in safety and security, where it ranks 23rd. The prevalence of interpersonal violence (41 deaths per 100,000) is the fourth highest among Index countries and significantly contributes to this low ranking. Mexico also receives a low score in internal peace, for which it ranks 28th among Index countries.

In the health domain, the rate of adolescent fertility has decreased in Mexico. However, the current rate of 62 births per 1,000 women ages 15 to 19 is significantly higher than the Index average of 41 per 1,000. The suicide rate among Mexican youth is 15 per 100,000 youth, nearly equal to the Index average of 16. 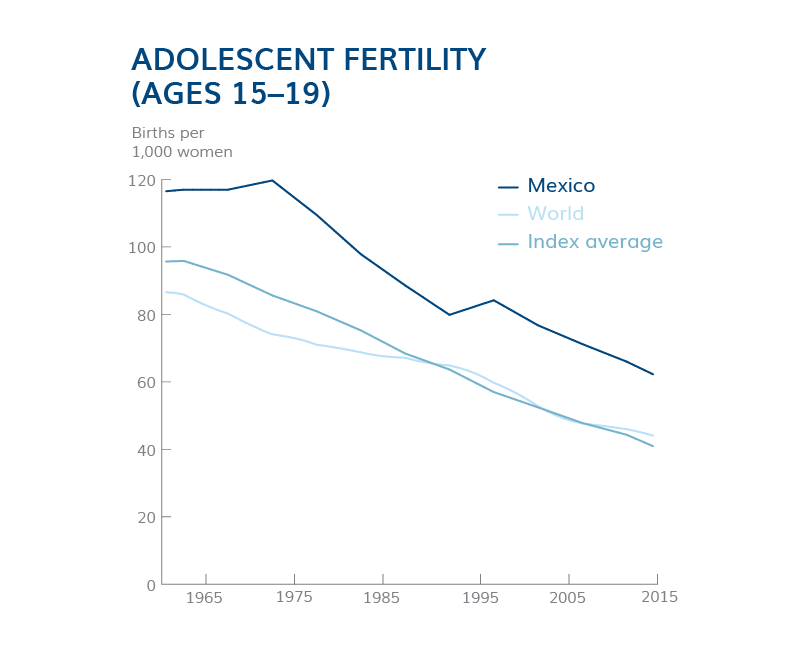 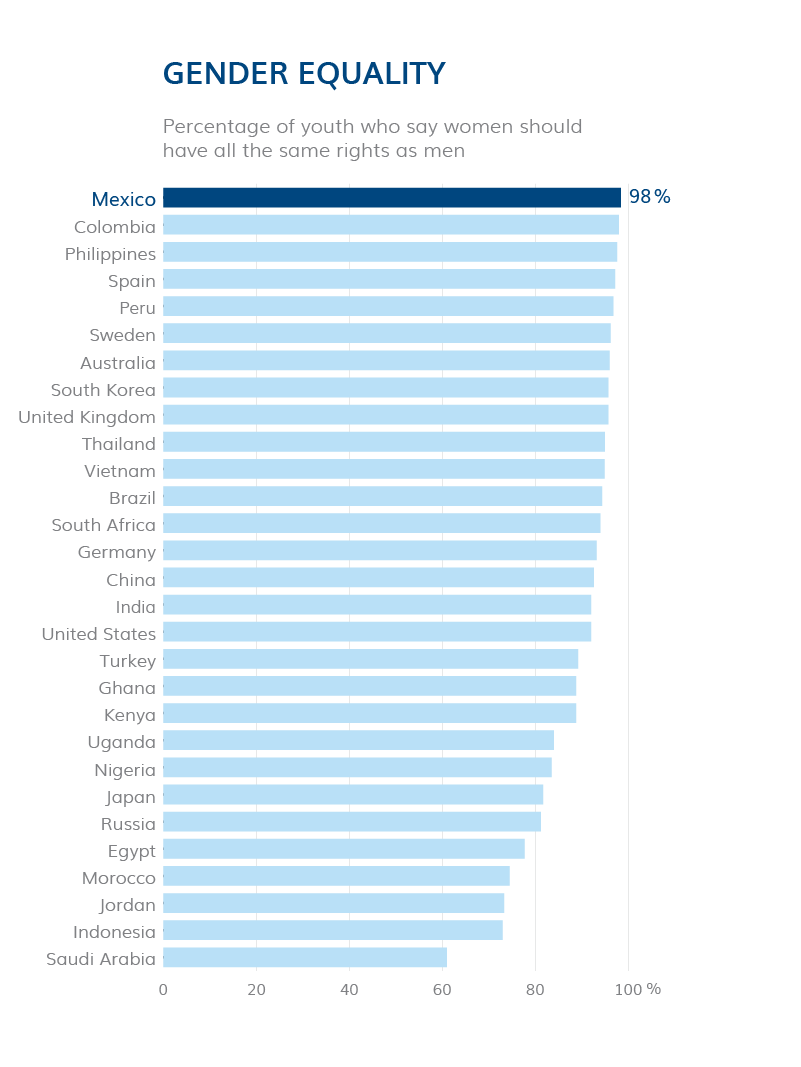 Young Mexicans strongly support gender equality, with 98 percent of youth surveyed agreeing that women should have all the same rights as men. This is the highest proportion for Index countries.

Youth in Mexico may be less connected to their government than in other countries. Ninety-one percent of youth surveyed feel that their government does not care about their wants and needs. Mexico ranks 27th on this indicator.