Young Russians face challenges in overall wellbeing, but they are increasingly connected to the world.

With an overall rank of 23rd, Russia has low scores in citizen participation, health, gender equality, and safety and security. Its education and economic opportunity ranks are near the median, and Russia’s youth are increasingly connected in terms of ICT. 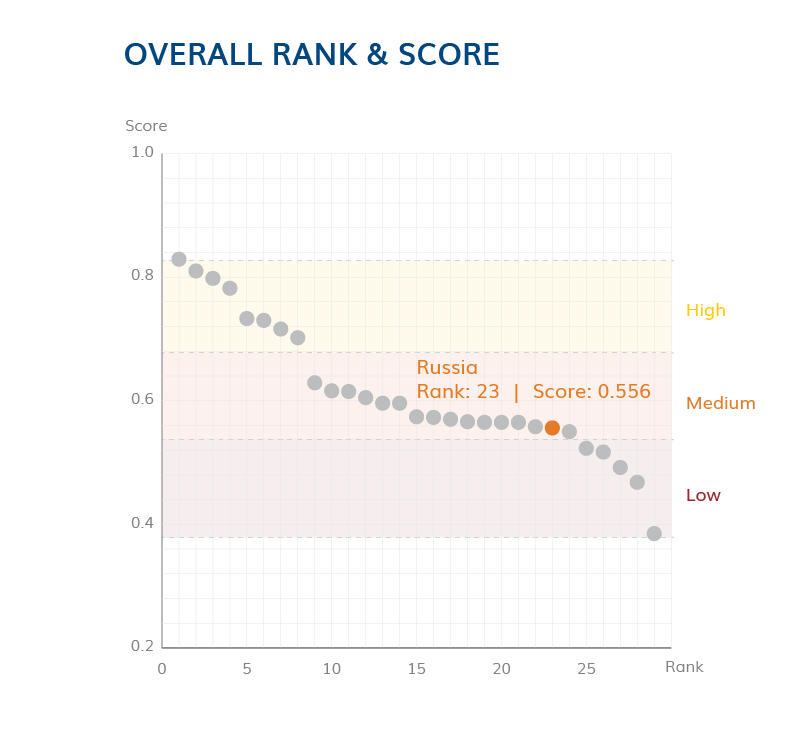 Russia is 14th among countries within the education domain. Public spending on education has been consistently lower than the Index average and has declined since 2005. It stood at 11 percent in 2012 (the last year available), five points below the Index average for that year. However, Russia has universal youth literacy (100 percent) as well as a high percentage of youth completing lower secondary education (99 percent).

Within the economic opportunity domain, scores are mixed. The youth unemployment rate fell from 18 percent in 2009 to 13 percent in 2014. Twelve percent of youth are not in education, employment, or training (NEET). At 6 percent, Russia ranks 25th for early-stage entrepreneurial activity.

Russia is 29th for youth wellbeing in the health domain. Several indicators are responsible, particularly high rates of youth self-harm fatalities at 63 deaths per 100,000, the highest among Index countries. Additionally, 39 percent of Russian youth report tobacco use, also the highest rate in the Index. 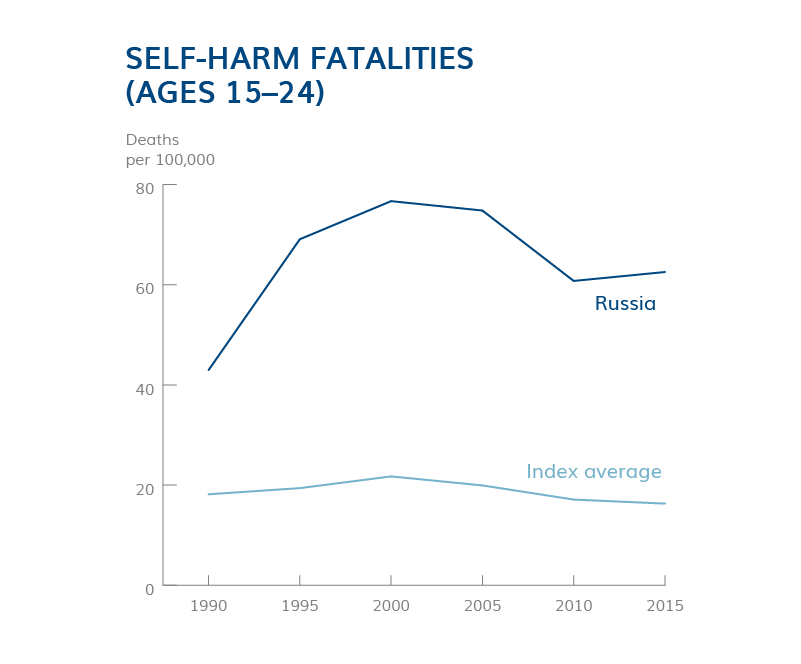 Though youth road accident fatalities have followed a downward trend in Russia, the rate remains high at 51 deaths per 100,000. This contributes to the country’s rank of 25th in the safety and security domain. Additionally, Russia receives the only bottom ranking of Index countries from the U.S. Department of State’s Trafficking in Persons report, related to the government’s non-compliance with minimum standards and inaction towards the elimination of trafficking.

Russia ranks 8th within the ICT domain. Nearly 73 percent of youth report having access to internet at home and 95 percent of Russians report that they are using the internet in general.

Regardless of the significant challenges, a large portion of Russian youth surveyed feel optimistically about their economic prospects. Sixty-two percent of youth polled believe that their future living standard will be better than their parents, a figure that is on par with BRICS country companion India (66 percent).

Thirty-one percent of youth polled believe that the government cares about their wants and needs; this is just shy of the Index average of 32 percent. Education perceptions also mirror the country’s median rank in education domain: 75 percent of the youth express satisfaction with the educational system, which puts Russia at 15th for this particular indicator.

Youth perceptions of violence among respondents are the lowest proportion observed in the Index for this survey question. Only 12 percent indicated that they were concerned with violence, abuse, bullying, or harassment at school or work. However, a relatively high percentage of respondents (49 percent) say that their life is too stressful. 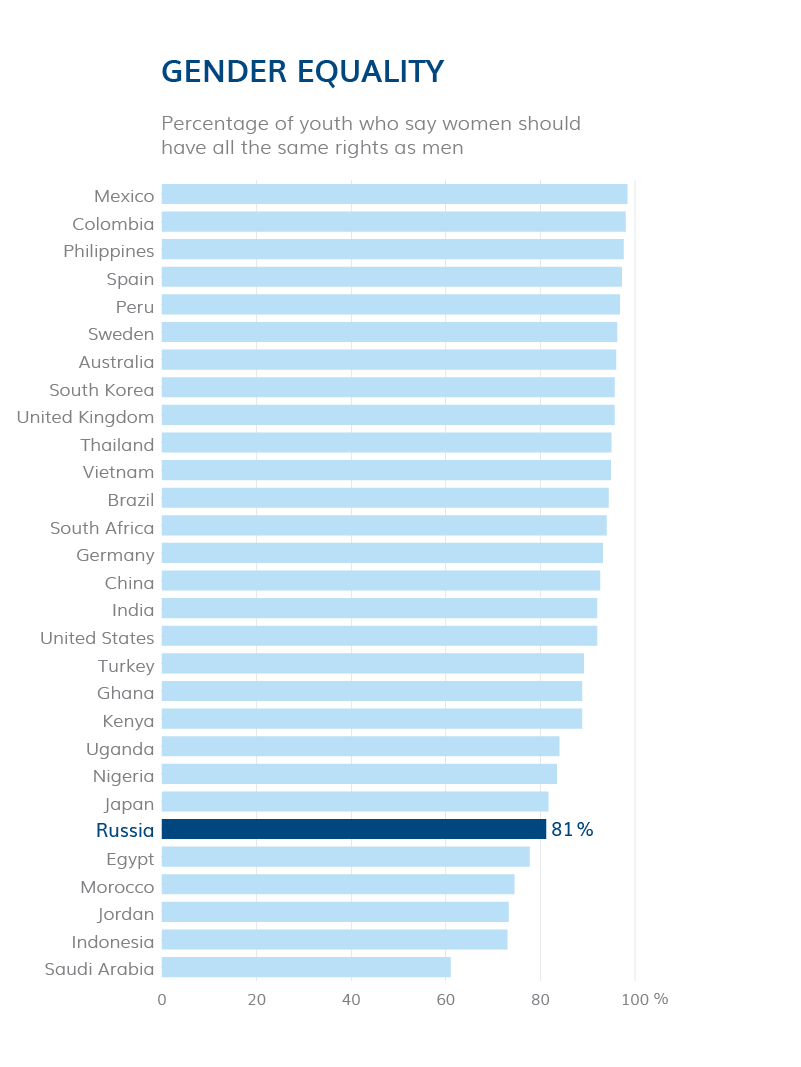 Eighty-one percent of Russian youth polled believe that women should have equal rights with men; this is below the Index average of 89 percent and places Russia at 24th for this indicator.