Saudi Arabia does well in health and education, but youth face challenges in other areas.

Saudi Arabia has a wide range of ranks within the Index; the country ranks first for the health of its youth and last in citizen participation. The country scores well in education, economic opportunity, and ICT, but safety and security and gender equality are areas where the ranks are lower.

Within health, Saudi Arabia’s number one rank is bolstered by a low rate of adolescent fertility (8 per 1,000 women ages 15 to 19) and low rates of youth suicide (4 deaths per 100,000 young people). Furthermore, only 17 percent of youth use tobacco products. 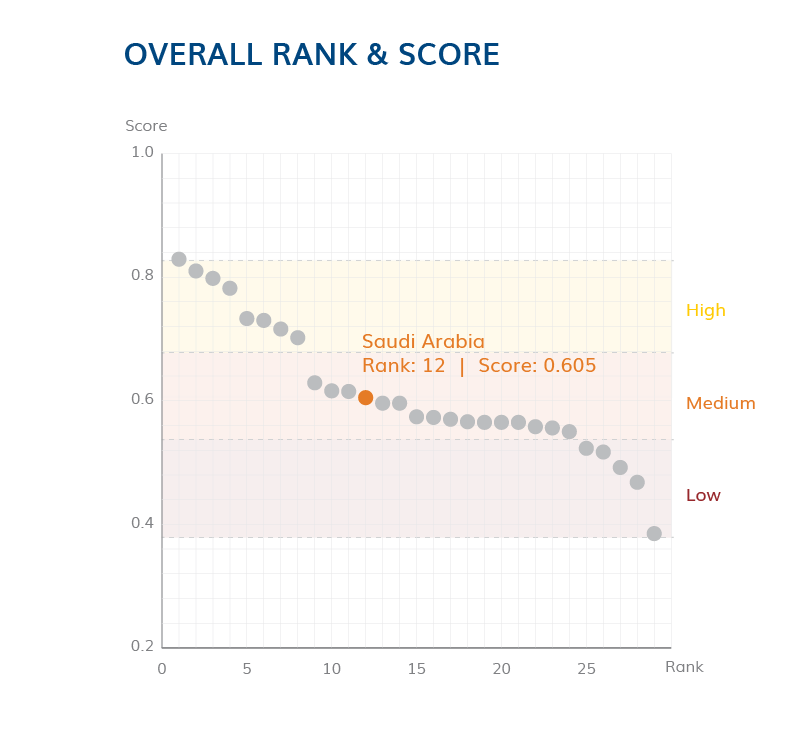 Saudi Arabia is 3rd in the education domain, which is linked to the country’s high expenditures on education (19 percent of total government expenditure) and near universal youth literacy (99 percent). Saudi Arabia also has a high gross enrollment ratio within the secondary system, above 100 percent (including over- and under-aged students). Nearly 98 percent of Saudi Arabian youth complete lower secondary education, the highest rate in the region.

Saudi Arabia fares well on macroeconomic measures such as GDP per capita (9th at US$21,312) and global competitiveness. However, youth unemployment is high, at 30 percent. Eleven percent of the population engages in early-stage entrepreneurial activity, which can be a viable alternative to traditional employment. 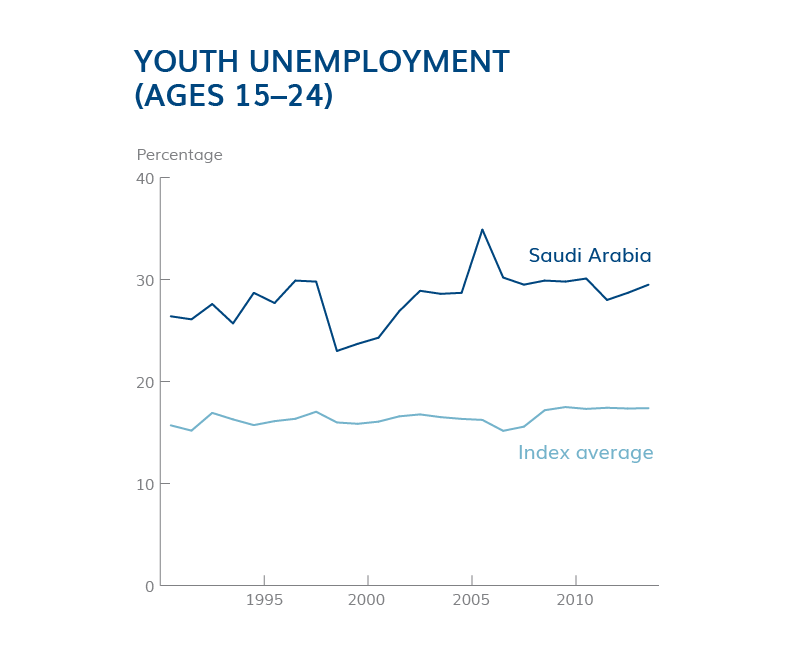 Gender equality is a challenge for Saudi Arabia and its young people. On the OECD’s Social Institutions and Gender Index (SIGI) domain on civil liberties, the nation places last, with Egypt (same score), among Index countries.

Forty-one percent of Saudi Arabian youth surveyed agreed with the statement "my government does not care about my wants and needs," the lowest response of any Index country. 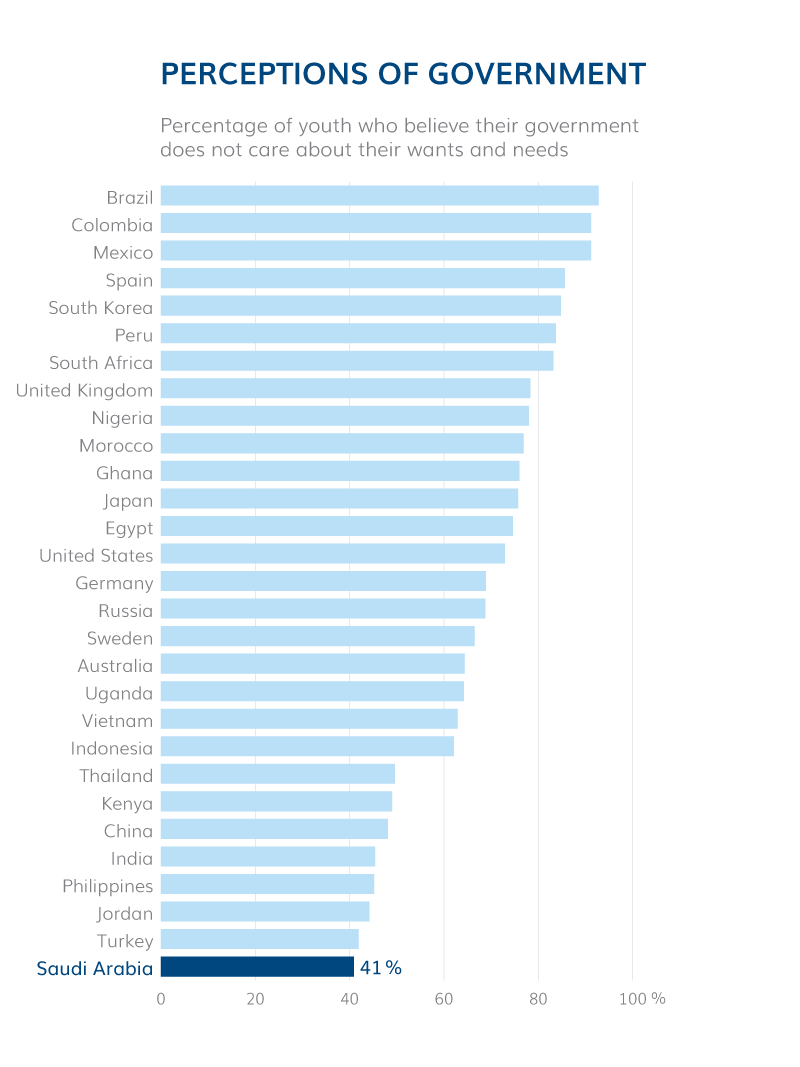 Eighty percent of Saudi Arabian youth polled believe that their physical health is near perfect, and 41 percent feel that their lives are too stressful (a lower proportion than a majority of Index countries). These perceptions help buoy the country’s score in the health domain to the number one rank.

Seventy-two percent of youth polled are satisfied with their educational system. Fifty-one percent of Saudi Arabian youth surveyed believe that their standard of living will be better than that of their parents.

Sixty-one percent of youth surveyed believe that women should have the same rights as men. This is the lowest proportion among Index countries—but still represents a majority.