South Africa is at the lower end of the Index's youth wellbeing continuum, reflective of its scores within the economic opportunity, health, and safety and security domains. South Africa does very well in the citizen participation and education domains. 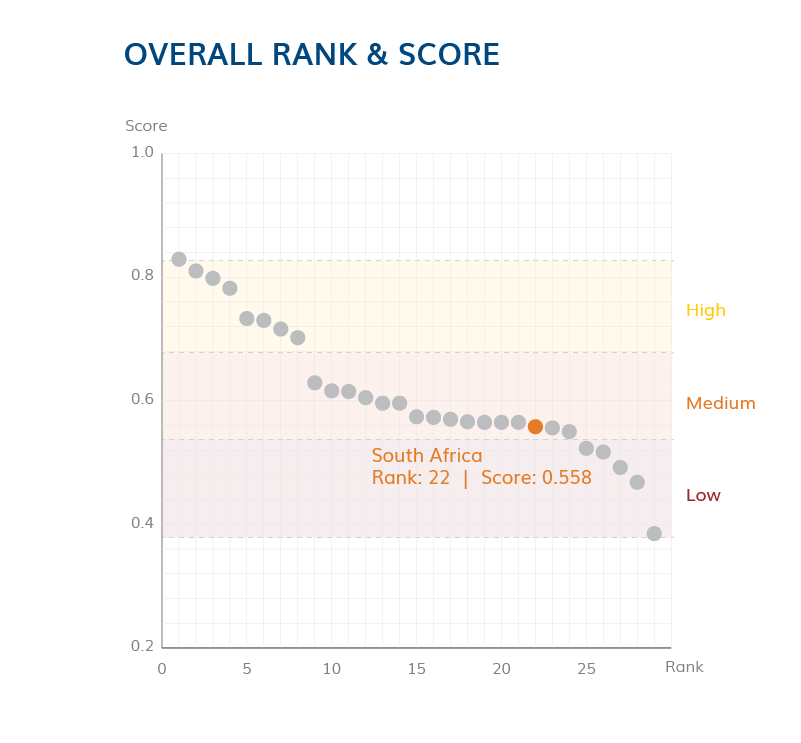 High rates of youth volunteering (26 percent), no age minimum to run for office, and the existence of a national youth policy all buoy the country’s citizen participation rank to 6th.

At 19 percent, South Africa has the 6th highest level of public spending on education as a percentage of total government expenditures. Ninety-nine percent of youth are literate, and 94 percent enroll in secondary school. However, lower secondary completion rates hover around 75 percent.

Second from the bottom, South Africa’s economic opportunity scores are very low. Youth unemployment (53 percent) and a large proportion of youth not in education, employment or training (31 percent) explain the country’s rank. The country's youth unemployment rates have remained well above the world average for decades and continue to increase. The macro measures of economic performance are better. Among Index countries, South Africa is mid-range for GDP per capita (US$7,593) and competitiveness (15th). 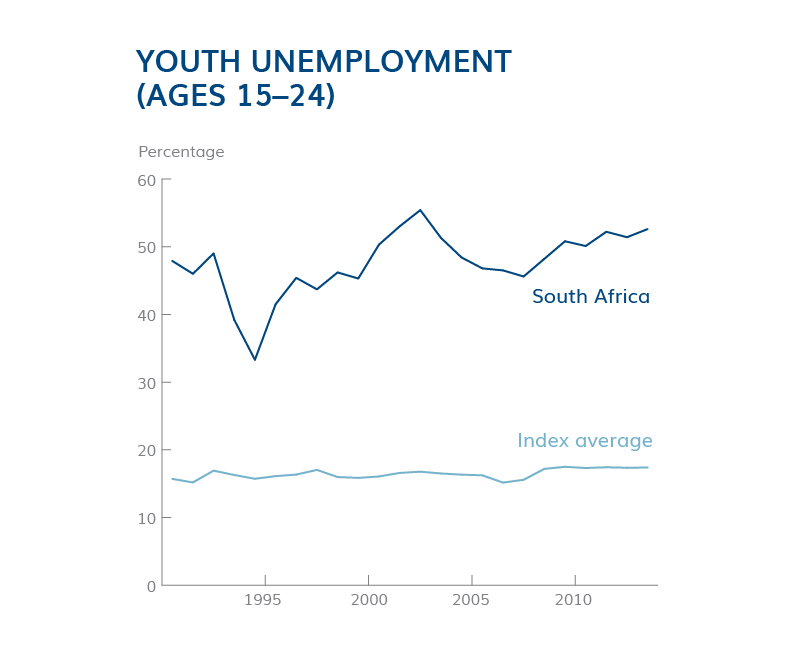 South Africa's rank of 27th in the health domain is driven by high rates of youth tobacco use (19 percent) and youth self-harm fatalities (36 per 100,000 youth).

Gender equality is considerably better in South Africa than in other Sub-Saharan African nations in the Index. South Africa scores highly for women's civil liberties, ahead of the United States and United Kingdom.

Seventy-nine percent of youth surveyed report high levels of satisfaction with their educational system, a figure that corresponds with the high level of public spending on education in South Africa. 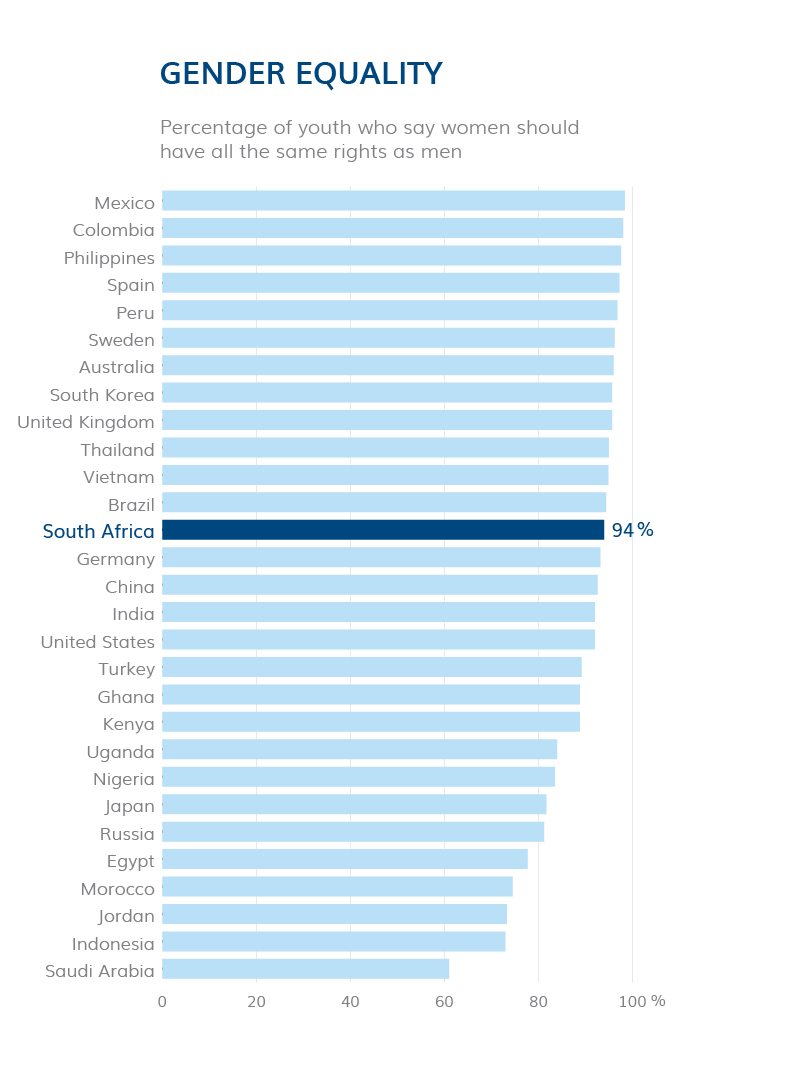 Seventy-one percent of young people surveyed in South Africa say their standard of living will be better than that of their parents. This economic optimism contrasts with how young South Africans feel about their government’s interest in them. Eighty-three percent of South African youth polled agree that the government does not care about their wants and needs.