Thailand’s youth are benefiting from a strong education system and growing economic opportunities, but they have a high risk for road accidents and interpersonal violence.

Thailand ranks 24th overall in youth wellbeing, performing in the bottom third of countries in the Index. It ranks 5th in education and 7th in economic opportunity but has lower ranks in the safety and security, citizen participation, and health domains. 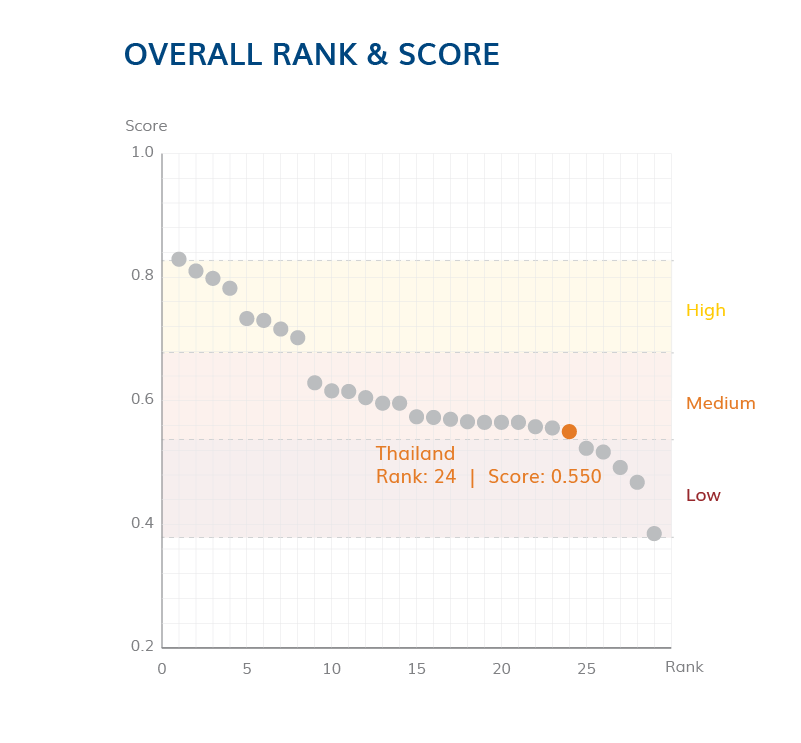 Thailand ranks in the top 10 countries in the education domain. The country’s lower secondary completion rate (89 percent) has dramatically increased over the past 35 years and now exceeds the Index average of 84 percent. An overwhelming 87 percent of young people surveyed are satisfied with the education system or school where they live, ranking Thailand 1st on this youth perceptions indicator.

At 7th in economic opportunity, Thailand out-performs other Rising Income Asian economies in the Index. GDP per capita has consistently risen over the past decade from US$3,473 in 2000 to $5,775 in 2015. However, it remains significantly lower than the Index average ($15,847). At 4 percent, Thailand has one of the lowest rates of youth unemployment in the Index, ranking 2nd on the indicator. Above Index average rates of early-stage entrepreneurial activity (17 percent) and youth borrowing (12 percent) indicate a strong culture of entrepreneurship. 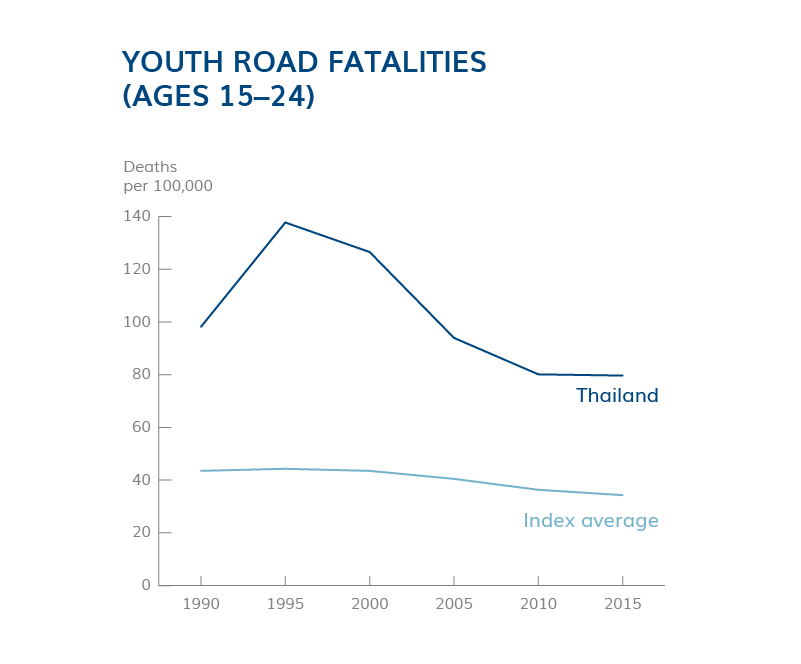 A low rate of youth volunteering (13 percent) and a weak score (5 out of 10) for democracy push down Thailand's citizen participation rank to 26th.

In the economic opportunity domain where Thailand scores well, youth are less optimistic about their economic future. When young people were asked how their future standard of living will compare to that of their parents, only 26 percent surveyed say theirs will be better. The Index average is 59 percent, and only South Korea and Japan are less optimistic at 25 and 16 percent, respectively.

Thai youth perceive their overall wellbeing differently than the quantitative data suggests. In health, Thailand ranks 21st, but 85 percent of youth surveyed feel they are in near perfect physical health. 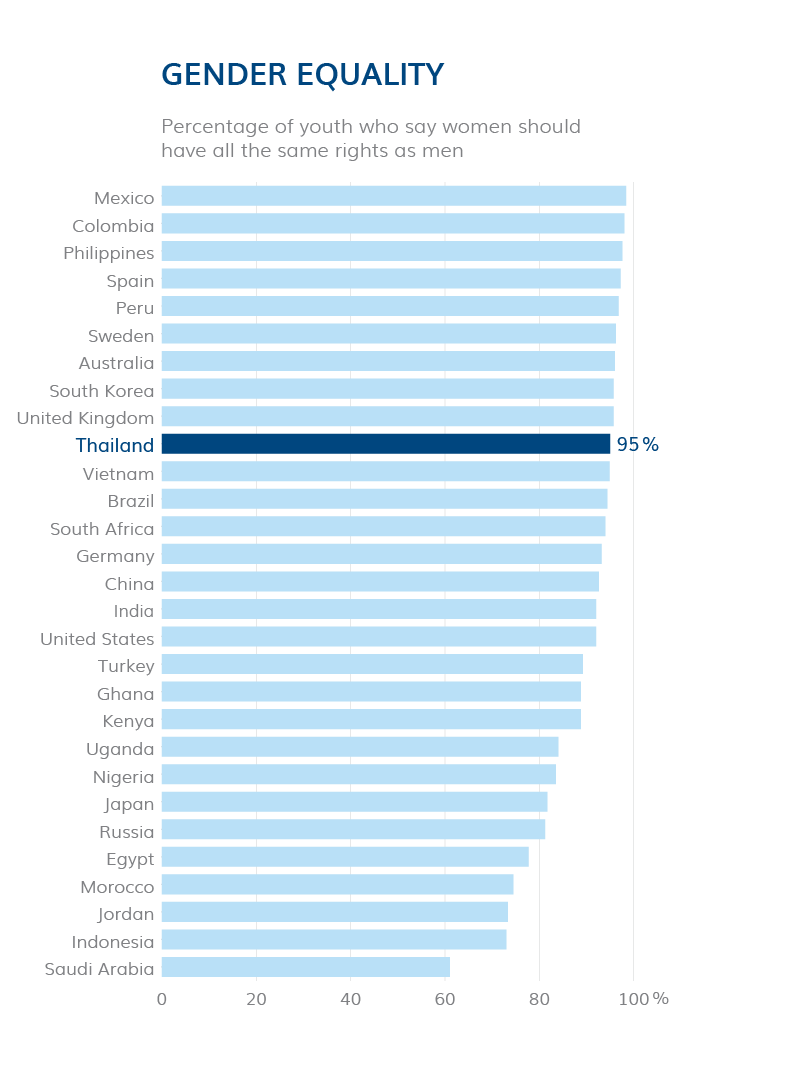 In citizen participation, Thailand ranks 26th, but half of youth surveyed feel that their government does not care about them, ranking 22nd on this indicator. Youth perceptions of gender equality are high, with 95 percent of Thai youth agreeing that women should have all the same rights as men.