U.S. youth enjoy good economic wellbeing, but their safety and civic participation could be improved.

The United States has mixed scores across domains, but places 5th overall and in the top tier of high income countries in the Index. It ranks 2nd in economic opportunity, but has lower ranks in the citizen participation, health, and safety and security domains.

Steady GDP per capita growth since the global recession in 2009 (from US$47,576 to $51,638 in 2015) drives the United States’ performance in the economic opportunity domain. This economic resilience has driven down the youth unemployment rate to 14 percent, which is below the Index average of 17 percent. Strong global competitiveness and youth borrowing rates (the U.S. ranks 1st on both of these indicators) also influence this domain rank. 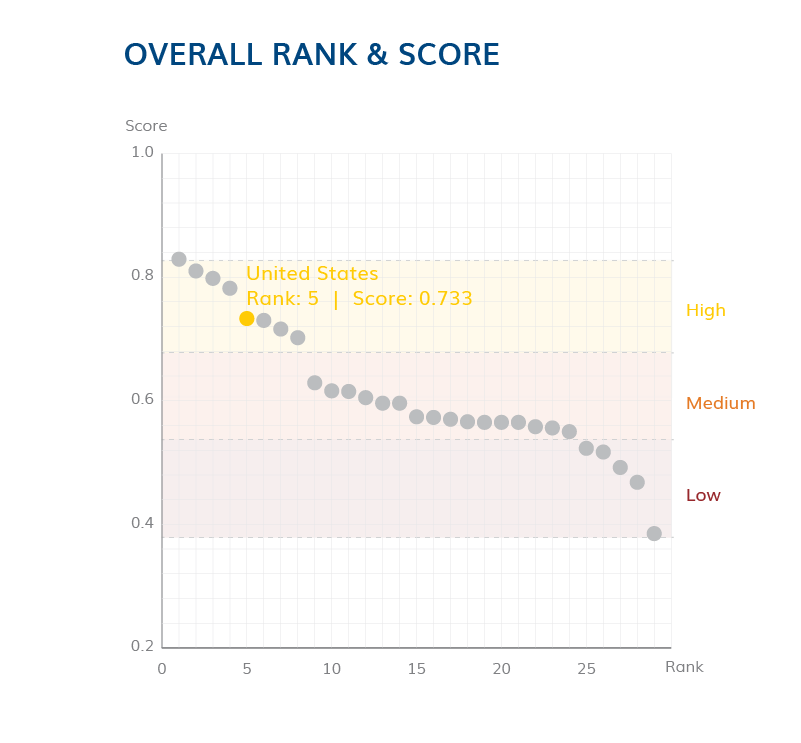 Several factors explain the United States’ lower ranking at 12th in the health domain. A high rate of adolescent fertility (21 per 1,000 births for women ages 15 to 19) far outpaces the average of European countries (9 per 1,000). A high rate of youth self-harm fatalities (23 deaths per 100,000 youth) also contributes to the country’s lower health score. Nearly 30 percent of young people surveyed do not agree that they are in near perfect physical health.

With a national youth policy under development at the time of data collection for the Index and a high age requirement to run for office (25 years), the U.S. scores towards the median in citizen participation at 16th. Youth volunteerism is high, however. Forty-six percent of youth say they volunteered in the last month. 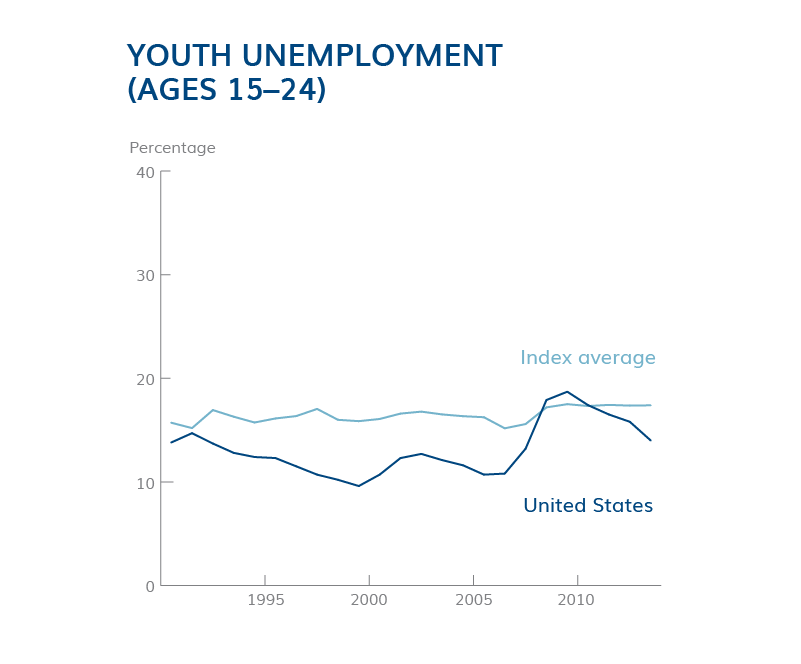 The United States performs well on the education and information and communication technology (ICT) domains. Secondary enrollment (98 percent) and lower secondary completion rates (100 percent) drive the education score. Strong scores across the ICT indicators are only dampened by slightly lower mobile usage (118 subscriptions per 100 persons) than half of other Index countries.

Despite consistently high levels of youth wellbeing, young people surveyed in the U.S. are less optimistic than their peers in other Index countries. Only 44 percent of youth polled in the country believe that their standard of living will be better than that of their parents, placing the country at 21st for this indicator. 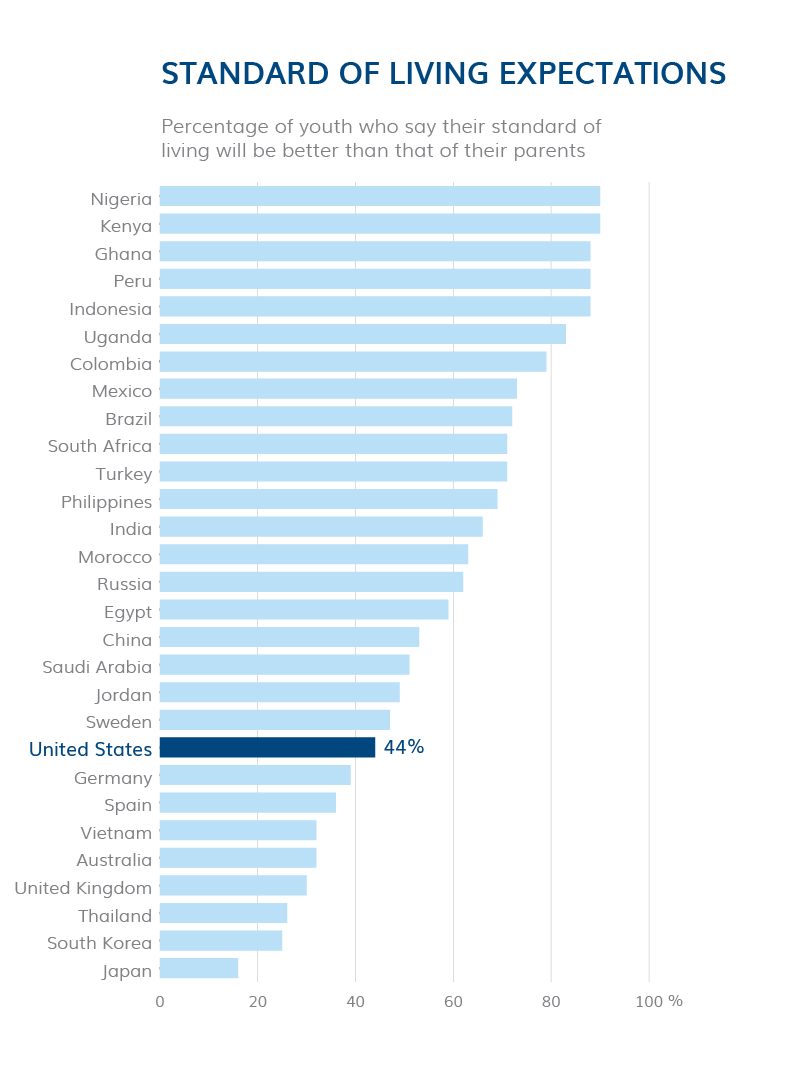 In contrast to the high rate of youth civic engagement, nearly 75 percent of young Americans surveyed do not believe the government cares about their wants and needs, and a majority (53 percent) believe that their lives are too stressful.

Surveyed youth do not perceive the threat of violence to be as real as the objective measures suggest. Although the U.S. ranks 23rd in youth interpersonal violence, only 24 percent of youth polled indicated that violence, abuse, bullying or harassment at school or work was in their top three safety concerns.

Young people surveyed in the U.S. strongly support women’s equality with 92 percent agreeing with the statement “Women should have all the same rights as men.” This ranks the country 17th on this indicator.